In the next few blogs I will share real-life stories of how some of our clients handled specific change issues. If you would like to share a change management story (what worked well, what didn’t work) with other change practitioners, please get in touch! 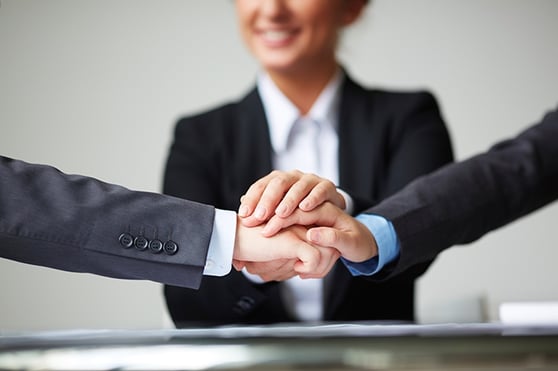 Our client initiated a technical change project, and the success of the project required changes in people's roles and responsibilities. The aim of the project was to integrate two separate business critical processes that were managed in two different units (let’s call them A and B). Unit B was to take control of the newly integrated process.

The people in unit A were very reluctant to hand the work over and were not sharing information that was crucial for the project to move forward. A few months previously they even refused to cooperate at all! The project was run from unit B, but unit A was represented in the project's steering group. Unit B was committed to the change. They bought-in to the project completely and were willing to allocate resources to it.

A Sponsor Assessment* was completed with representatives from unit A. This was done in two rounds: 1) at the initiating stage when it was noticed that the cooperation between A and B didn’t work, and 2) then again when the cooperation improved.

In the beginning the sponsors in unit A understood the change impacts well, but were reluctant to support the change. So, the client arranged workshops and meetings where the reasons for the change project were presented and discussed. They also presented the management decisions that led to the project initiation. Finally a consensus was reached, and things started to move forward. In the following meetings, the results of the Sponsor Assessment were much more promising.

As a result of utilizing the Sponsor Assessment the project team had visibility of what kind of topics needed to be dealt with to gain acceptance for the change. It also proved to the project team that using a structured approach such as PCI (Changefirst’s People-Centred Implementation methodology) helps sponsors be successful in delivering effective change and teaches them the importance of showing clear commitment to the change.

Learn more about e-change where the Sponsor Assessment is available

Some of the challenges this client faced in the project were at 1) an individual level, where the manager who had authority over both units A and B was not involved, and the project team and unit B were reluctant to involve him in order to "avoid endless discussions", and 2) a project level, where the ways of working in this project did not always support the chosen change methodology, in this case PCI. Unit B would rather do something ‘quick and dirty’ instead of producing a sustainable, commonly agreed solution to the problem. It was therefore difficult to convince them why PCI is beneficial for the overall outcome of the project.

To elaborate on the challenges faced by this client, there are a limited number of techniques at your disposal to build a successful sponsor network.

The challenge here is that without this senior power and motivation when initiating major change, people are in danger of believing that management is not serious about the change intentions they have announced. In addition, gaps are more easily created between what senior leaders say they want and how the change intent is interpreted locally by line managers and their teams.

Of course the sponsor role is the most crucial during major change because of the formal power they possess. However, it’s not the only change leadership role. Especially when sponsorship is weak, change can be driven by a more unpredictable form of leadership from informal influencers.

Involvement is the first. The best way to engage sponsors is by involving them. If sponsors feel part of the decision-making processes their commitment to the change will quickly grow. This is what the client should have done with the individual manager rather than isolating him from the change, thus preventing him to be an efficient sponsor.

Persuasion is the next technique. If involvement does not work or just isn’t’ possible the next method is to try and convince the sponsor of the benefits of the change. This can be done for example in one-on-one meetings between the initiating sponsor and key sponsors further down the organisation. This technique should have been used with the project team. If an initiating sponsor visibly champions a structured, methodical approach the change, other sponsors are more likely to be convinced by the approach.

Next come rewards. If participation and persuasion don’t work the next possible option is using rewards. Freud told us that people are motivated towards pleasure and away from pain, so bringing in incentives for correct behaviours can help facilitate a more rapid assimilation of the new behaviours.

Finally there is isolation. If all else fails then it may be necessary to work around those sponsors who are working against the change. This may mean reassigning the particular sponsor to another position removing responsibilities and authority for the business outcomes affected by the change. In this particular case study it seems the other 3 methods of building a successful sponsor network weren’t used before jumping to the extreme measure of isolating a sponsor.

* The Sponsor Assessment tool used in this case is available on a subscription basis on Changefirst’s enterprise change management platform – e-change®.