"May you live in interesting times" is purported to be a translation of a traditional curse.

While seemingly a blessing, the expression is normally used ironically, with the clear implication interesting times usually include disorder and conflict. Nowhere is this truer than when we think about change leadership. Both in society and organizations new forms of change leadership are emerging. Sometimes this is more autocratic leadership, particularly in the political sphere. Other times leadership is becoming more decentralized. Sometimes both.

The causes of these types of leadership are largely the same. The development of new forms of communication and engagement, disrupted marketplaces, new generations with different expectations, global movements of people and so on. What all of these have in common is that they are all enabled by the rise of digital transformation. 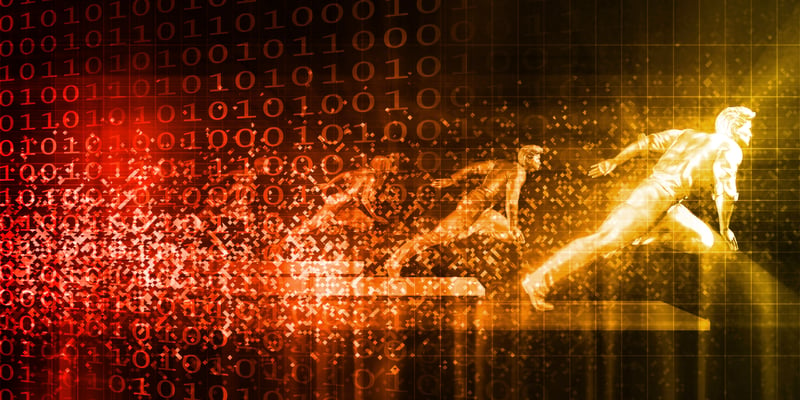 We have seen some very poor examples of change leadership by both our business and political leaders, but we have also seen some cases where leaders have really stepped up to the plate and shown great leadership. I am sure you can think of examples of both.

So, what can we learn from all of this in terms of making sure our projects and initiatives are well-led?

1. Push leaders to focus more on ‘doing’ and rather less on ‘telling’

In organizations we spend a lot of time worrying about the content of messages. This is important but not as important as having key sponsors demonstrating their commitment. People who are being asked to change generally look to their leaders for tangible demonstrations that they are changing as well. A simple and example came up with two executive teams, we worked with, both trying to implement a Six Sigma program.

In one company the executives attended the training with other employees and used several the tools in their everyday work. In another company the executives said that they didn’t need to be trained. They weren’t going to use the tools. They just needed to give ‘executive oversight’ as the teams on the ground will drive the program forward. Which implementation got the most traction the fastest? I’ll let you guess! As a change agent you should first build your sponsors motivation to play a more visible role and keep in mind that sponsors sometimes don’t know how to model the change. Help them work out what they need to do so employees see them visibly committed to the change.

Much has been written about this recently. Largely sparked by social networking and earlier it had been well documented in Malcolm Gladwell’s book ‘Tipping Point’. The point is that change will stand a much higher chance of being adopted if informal opinion-makers in the organization support it. As change agents at the beginning of any change you should identify the key influencers in your organization.

As Change Agents try and meet with key influencers as early as possible - preferably before they have had a chance to form a view about the potential change. You could involve them in key task teams, or you could put your case together and obtain their input. However, you do it you want to get these people ‘batting on your team’.

3. Help sponsors keep the pressure up for change

It’s important for your sponsors to be expressing their dissatisfaction with way things are now and, at the same time, giving a clear articulate vision for the future. However, these things need to be in balance. Ronald Heifetz, of the John F. Kennedy School of Government, describes this balance like a pressure cooker. If you turn the heat down too much nothing cooks if you turn it up too much you risk blowing the cooker up. It’s the same in change if the pressure for change is too low nothing happens if it becomes too intense then you risk immobilizing people and causing more disruption than people can cope with. Our experience suggests that change agents need to look out for leaders wanting to turn UP the heat. Strong change agents act as a sounding board for leaders and use data from employees to give effective feedback.

This sounds more mundane, but our surveys of sponsor behavior regularly show that change agents find this an activity that sponsors tend to avoid. This seems strange given that most line managers would normally pride themselves on setting targets and following up. Change agents should help sponsors put into place regular review sessions to monitor change and take actions to rectify any missed milestones or activities. They can help by creating high-level dashboards for both the technical and the people components of the change. Our Roadmap Pro platform enables this.

The current business climate has thrown up massive threats and huge opportunities. It’s fascinating to see that some leaders have left the field blooded but new leaders have stepped up to the plate ready to lead their organisations through massive change.

For Change Agents the skills required are very similar to those sponsors will need. Change agency is strong when they are visible, informal influence networks are harnessed, leaders keep the pressure for change up - regardless of opposition - and when they track and particularly reinforce change.