Helping people adapt to change is work best done by middle and front-line managers – who we call local sponsors. You need to ask people, involve people and you have to start the communication from where people are, not where you want them to be. All of these things are very important during change projects, but when seeking to sustain personal performance there are three additional principles to consider. 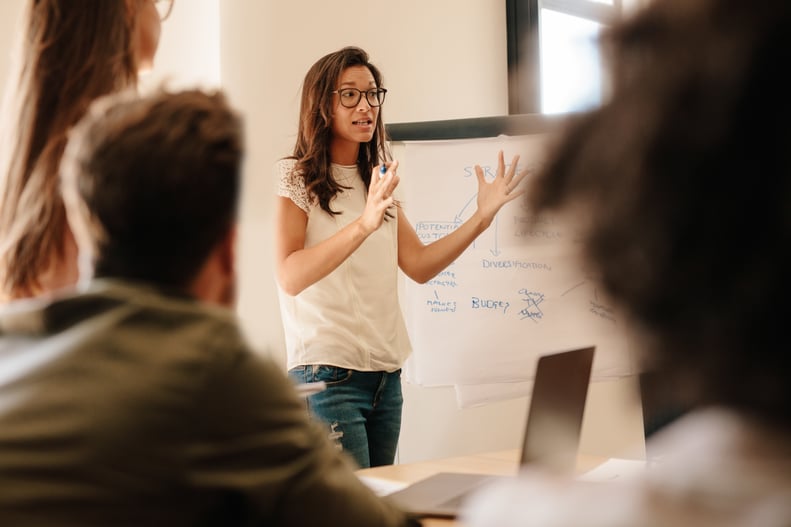 Principle 1: Treat resistance as a natural by-product of organizational change.

People can be logical, emotional, uncertain, controlling, kind and adversarial all in the space of five minutes. Employees are usually signed-up members of the human race; in other words, they will act as people tend to act. Many sponsors still believe that if they just make a compelling enough case for change then somehow all the annoying human-nature stuff will get circumvented or neutralised. Unfortunately, it rarely works like that. Even if people are positive when they hear the case for change, it’s entirely possible that they will still resist. So, expect it and deal with it when you see it.

One of the most powerful tools you can share with people is the Kübler-Ross Curve. Many people will have seen the Kübler-Ross model which details the progression someone takes through grief. Kübler-Ross identified five stages of transition for patients facing death, these include: denial, anger, bargaining, depression and finally acceptance. This model was later adopted by organizational psychologists as a way of describing how people reacted to change. It’s fair to say that the model has its critics, but it is still a reliable model to use and frankly I’ve not seen a better one. For those in the throes of change, knowing that their reactions are “normal” and that everyone on the planet goes through the same stages when dealing with change can be very comforting. Knowing there is a well-trodden path to travel helps people identify where they currently are and what they can do to help themselves. Plus, it reassures them that there is an end in sight which makes it less likely for them to bounce out the change and retreat to their current state. 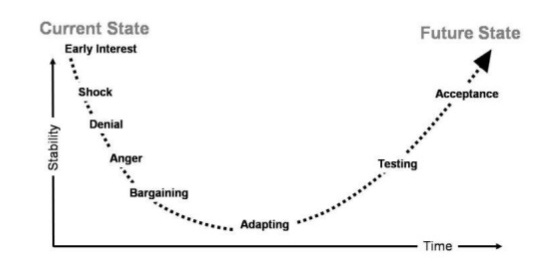 Principle 3: You should expect people to go backwards as well as forwards.

Change and the stages of change are not linear. People don’t neatly trot through the stages to acceptance. Often they might arrive at acceptance and fall back to anger; they may move forward and then appear to lose their way and regress to denial. This is just part of being human and is no cause for alarm. Helping people to understand that can make a huge positive difference to the speed and success of change, not to mention the stress levels normally associated with change.

Prochaska, Norcross and Diclemente, in their book Change for Good, refer to this process as the “spiral model” of change. They suggest that relapses are the rule rather than the exception when it comes to change. Those affected by change can often feel as though they have failed and that all their efforts have been in vain. Yet this is not the case. Change involves a forward and backwards process that eventually leads to success. Knowing that this is common and can be cured simply by moving forward can really help those affected deal with change.