How Effective Is Your Change Leadership? 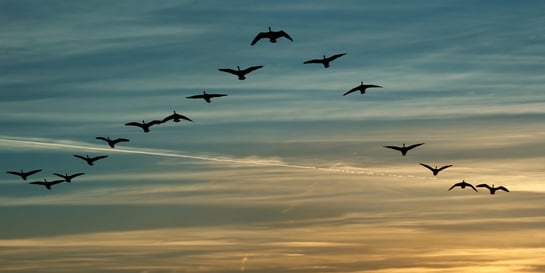 The volume and complexity of change that organisations are facing continues to increase, and leaders’ credibility is under threat as they struggle to execute business critical changes. Interestingly, it is concerns about leaders themselves that are often cited among the key reasons for change failure, and our significant database, with over 26,000 respondents and almost 400,000 data points, provides a data rich basis for the information and insights about what’s happening with leadership during change.

In this blog I’ll share highlights from the (soon to be released) second report in our Data Series, titled Effective Change Leadership and featuring data findings from two change diagnostics from our extensive online toolkit – Sponsor Assessment and Change Agent Assessment.

Learn more about our online toolkit

The Crucial Role of the Sponsor

Leading change effectively is not just about the words and actions of senior people, rather, the support of middle and front line managers also needs to be enlisted so they can reinforce change locally. Change can be strategised in the executive team boardroom, but unless someone or a team of people actually cascade that change strategy out to the organisation and its divisions, it will make no difference to the people in a factory, or in a country or plant somewhere. If it makes no difference to them, then it will make no difference to the organisation and its balance sheet. Below are 3 highlights concerning Change Sponsorship:

Change sponsorship is most active in the heart of the change implementation process, with leaders:

The Sponsor Assessment tool reviews the performance of a change leader against 12 attributes of effective sponsorship across the life cycle of a change project. This data supporting these findings is the result of self-assessment from Executives and Senior Managers, plus the views of Change Agents and Project Boards they interact with.

The strength of sponsorship in the heart of transition is dependent on middle and front line managers being effectively prepared to reinforce sponsorship in their local areas. In my experience, much of the sponsor activity at this stage in the change process is likely to be coming from middle and front line managers who are busy working through local deployment plans to try to engage and support their teams through the change.

The challenge here is that line managers are often hearing about change at the same time as their teams. If there are to be committed local sponsors, they would need time to adapt, and for their personal concerns to be addressed, before they can be effective in the local sponsor role.

#3 Sponsorship visibility
The visibility of sponsorship is lowest in the early and latter stages of the change process, for example when:

The challenge here is that without this senior power and motivation when initiating major change, people are in danger of believing that management is not serious about the change intentions they have announced. In addition, gaps are more easily created between what senior leaders say they want and how the change intent is interpreted locally by line managers and their teams.

Of course the sponsor role is the most crucial during major change because of the formal power they possess. However, it’s not the only change leadership role. Especially when sponsorship is weak, change can be driven by a more unpredictable form of leadership from informal influencers.

It is the Change Agent role, with its planning and implementation responsibilities that ensures that Sponsor intentions are carried out. In my experience it’s the formal relationship between the Change Agent and their Sponsor that holds the change leadership network together.

Change agents tend to rely on discussions about change principles and the use of general facilitation and communication skills to fulfil their role.

The Change Agent Assessment tool reviews the performance of a change practitioner against 12 characteristics of effective change agency. The data supporting these findings is the result of self-assessment from change and project managers who are typically more resilient and in control during change. However, change agents seldom have formal authority to get things done. They need to facilitate change rather than order it up. They have to pull, rather than push, people through change and their ability to operate comes from a clear mandate and relationship agreement with their Sponsors.

While change Agents may have the organisational credibility they need to be impactful and drive change in different parts of the organisation, they are unwilling to challenge Sponsor behaviour during change.

From time to time, even senior leaders, who were part of change initiation, may lose focus and discipline, displaying behaviours which do not support the change.

Local managers may also struggle if they feel overwhelmed, alienated or unskilled at any point during the process. In both cases bottlenecks will appear if Sponsor behaviour cannot be re-aligned to support key implementation actions.

#6 The importance of data in the planning process

In our PCI® methodology, we describe the essential role of the Change Agent as being responsible for building people-centred change implementation plans – the backdrop to this being that we rarely see successful project implementations coming purely from technical project plans that do not take into account the human dynamics of change.

In our experience, the challenge here is that without a strong and early presence of people-focused data in the planning process, there is a value gap created in terms of what is actually achieved at project installation and the actual return on investment predicted from full implementation and user adoption.