How to manage the 5 triggers of resistance to change

Posted by Audra Proctor on Sep 12, 2019
The excerpt below was published online in 2009 by The Telegraph. Its message is still relevant today for dealing with resistance to change.
“The two men and a woman, plus a French manager, were held captive for 18 hours at the Scapa adhesive factory in the south of the country. Trade union members prevented them from leaving after negotiations over the loss of 68 jobs collapsed on Tuesday. A trade union representative said that the executives had been ‘free to wander around the plant as they wish, but not to leave.’ Police officers were standing by so as not to inflame the situation by intimidating workers.”
Written by Peter Allen and Henry Samuel for The Telegraph 08 April 2009 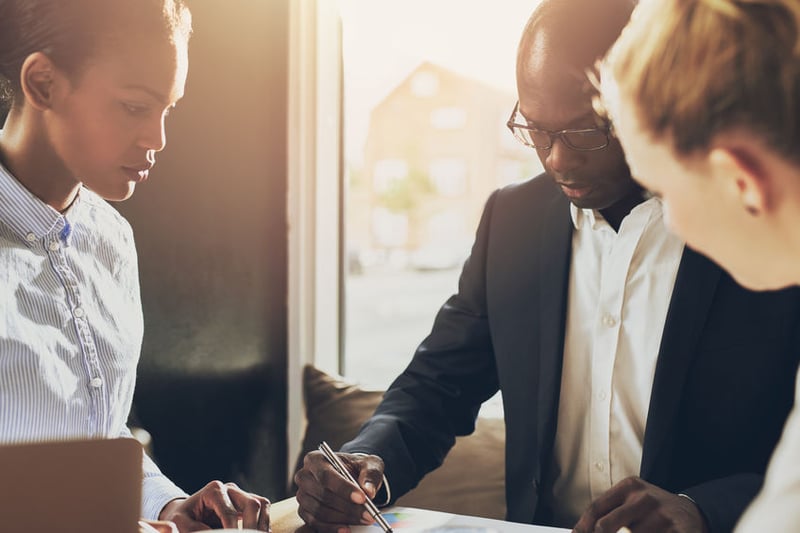 It even has a name – “bossnapping,” which became quite a common occurrence. Whatever it’s called, it certainly put a whole new spin on the word resistance. It made me think hard about resistance is the current climate. Did the layoffs, pay cuts and general economic downturn have an effect on people and their attitudes to change?

It was further brought home to me when I ran a webinar on tactics to use in a cost reduction environment. When asked, “What is the biggest issue facing change agents?” a large number talked about increased employee resistance. Despite fearing for job security people were still finding ways to resist change. This must be a big issue to all change agents working hard to try and implement business-critical changes.

We know that psychologically this is all to do with people feeling loss of control and disruption. But what triggers these feelings? Over the years we have identified five main triggers for resistance.

Let’s be clear some of this is out of your control as change agents. Sometimes all that any of us can do is to minimise the damage.

1. People feel their future security could be threatened
Once people feel that they could lose their jobs then there’s not much you can do to reduce their fear and uncertainty. Even if they wanted to leave, their pride and sense of self-worth is hit. So, if it’s not true tell people as soon as possible. If it is true, then tell people as soon as you about the threat. Leaving it to the last minute only makes the situation worse. In the medium-term you can encourage people to see the advantages of sustained performance as a source of control over this change and future events. Being able to function even through uncertainty gives people more control over their future.

2. They will be negatively impacted financially
Another tough trigger to deal with. It is becoming more common for organisations to try and reduce employee ‟s compensation rather than making lay-offs. The idea is that key staff will be in place and ready for any upturn in the economy. Four-day weeks, unpaid sabbaticals and straight pay cuts are all being used to reduce costs and avoid layoffs. The only action you can take is to explain the reasons, tell them what amends you might be able to make, for example through future enhanced bonuses, and give them space to take it all in and make a decision about what they want to do.

3. People’s work relationships change
This happens all the time in change. It’s not restricted to the current situation. People value their personal relationships whether at work or socially. They don’t like those being disrupted. Steps you can take include: discussing how the change will support old and new social relationships; being careful to identify where old relationships may break down and how you might be able to compensate for that, for example keeping people in the same building and/or setting up new social events and forums to place people in contact with new people and accelerate building the new relationships required.

4. Changes are made to their levels of responsibility
Organizations constantly break-up and reform. It’s the way of how modern businesses function particularly in the Anglo-American business model. This often means that not only do work relationships change but people can often change responsibilities. Steps you can take include: being clear about their new responsibilities; emphasising the responsibilities they have for the change implementation; identifying common, overarching goals and lastly looking for rewards that will tell people they are important e.g. special lunches, small gifts or public praise from senior executives. 5. The learning curve for the new role is too steep One of the great writers on change and culture is Ed Schein. Schein talks very  compellingly about the anxiety learning creates during change and the way that if people become too anxious they will attempt to revert to the status quo. Key steps include: involving key people in identifying the approach and providers of training; ensuring key people pilot and evaluate the training; confirming that support will be provided for skills development after the training and considering a temporary adjustment to appraisal systems to reflect the required learning time to achieve competence and results.

“Bossnapping” really makes you think about how far resistance could go. However, resistance is an inevitable companion of major change and so we have to learn to mitigate its causes and then help people adapt. Hopefully this article helped you think through some of the proactive actions you could take as a change agent to achieve this.